Deciding if you should move to Spokane or Coeur D’Alene is like picking between your two favorite children. You love both of them but they have different beautiful qualities that make them special in their own way. Today we’re going to focus on where your money will go when you live in these two cities to hopefully help you make a better financial decision for your situation.

For being only a 40 minute drive from downtown Spokane to Downtown Coeur D’alene, there’s actually quite a bit of difference in the cost of living once you cross the border.

These very differences are why the traffic coming into Spokane during morning rush hour and leaving Spokane during evening rush hour are so bad. For a long time, people were living in Idaho and working in Washington because it had the most financial benefit. Higher wages in Washington, lower cost of living in Idaho. Now this is all anecdotal from my perspective and personal experience, but I think most people from around here would agree. This stigma still holds true because that rush hour traffic has just gotten worse and worse over the years to where there truly is stand still traffic on I-90 during rush which to us locals has been a crazy thing to watch.

This blog post is meant to provide some numbers to this stigma. Is it actually cheaper to live in Idaho? Will you actually make more money in Washington? Is that 40 minute drive both ways (and that’s with no traffic by the way) worth it for you and your family?

The Average Rent For Home or Apartment is 2.23% cheaper in Spokane than Coeur d'Alene.

100 = National Average (Below 100 means cheaper than the US average. Above 100 means more expensive.) 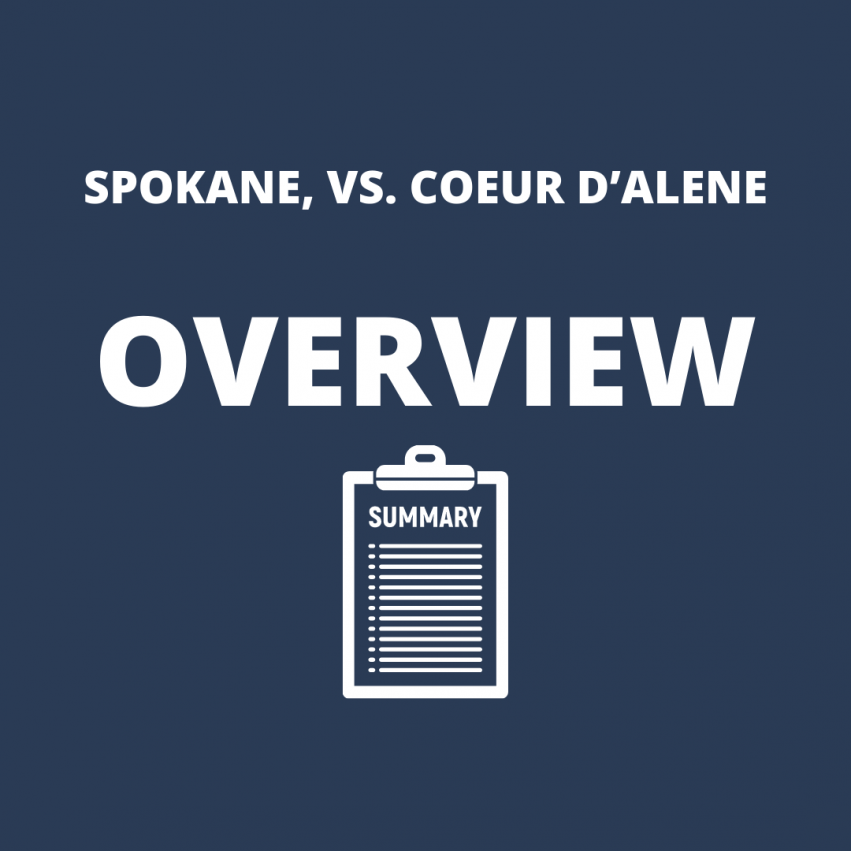 Hi there, my name is Haydn Halsted of the Halsted Home Team, and I’m a local realtor located right here in beautiful Spokane, WA.

Honestly, I get so many calls, texts, emails every single day of people looking to purchase a home in Spokane and I love it! If you’re even thinking of moving or relocating anywhere near Spokane County then please do not hesitate to reach out, and I will be happy to help any way I can.

PLEASE DON'T HESITATE TO REACH ME OUT!